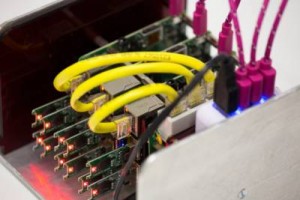 GRAPPOLO a supercomputer in a super box is a project conceived and developed from Spatial Ecology to teach cluster computation using a grid engine. We have collaborated with Makernow (a fablab in Cornwall) to make it portable. More specifically, GRAPPOLO is micro cluster computer replicating the functioning of the biggest cluster computer facility in the south-west UK. This tool is similar to the Raspberry pi cluster developed at Southampton University but is aimed towards teaching BigData processing for Geographic Information Systems methods rather than raw computation. It is very low cost ( ~ £140), portable and a perfect replica of an operating system running on a true high performance cluster computer.

Find out more on our Wiki 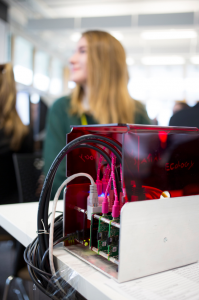 Grappolo was recently used for GIS demonstration on sea-levels rise under climate change scenario and was elected as best project by the students attending the annual Environment & Sustainability Day hosted at the University of Exeter, Cornwall Campus at the Environment and Sustainability Institute – ESI. Over 100 Year 10 students from ten Cornish schools, took part in a range of activities and workshops whose aim was to identify the single greatest challenge the local environment faces. Students in the ESI used Grappolo and Qgis software to model by how much sea-levels would have to rise before their school is submerged. Images by Matt Jessop. 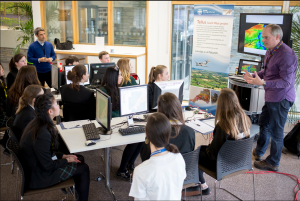 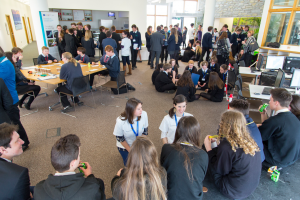 Spatial Ecology is a private company (limited by guarantee) incorporated under company no. 09589642.